This bread is so easy to make. Once it’s baked you’ll be glad that it makes two loaves since most of the first one will be gone before they are even cool. This recipe came to me by the same friend that gave me the Mississippi State Sin Dip.

Put all ingredients in a bowl and beat for 2 minutes. Pour into 2 greased and floured loaf pans. Bake at 350Â° for 55 minutes or until toothpick comes out clean.

Cook some two-and-a-half gallons of grits. Mind you, they were quick-cook grits, so I mainly had to boil water, throw in salt and butter, and stir the grits in slowly so they didn’t turn into a giant hard lump. But still.

I and the other deacons also scrambled nearly a gross of eggs, cooked 24 pounds of bacon and nearly as much sausage, and baked countless biscuits. So there’s my good deed for Easter done!

Since I know every one of you is sitting in your office this Monday morning thinking, “Hey, I wonder if that Liza girl has any more teeth?”

The answer is yes, #2 tooth came through in the night last night and #3 is working itself out right now.

Apparently, Liza has decided that if she’s going to continue to eat like a goat she ought to grow some teeth to do the job properly.

Someday both of my children will look at the camera at the same time. I count on that happening around the same time Liza starts sleeping through the night, so when she’s 10.

Dr. Suess was well represented in the Easter basket this year.

Liza got eggs full of Cheerios and this book for Easter. She liked the Cheerios best.

When I think of people who have a firm grasp on how the world works and what’s going on, really, coupled with the ability to make spot-on predictions, I of course think of science fiction authors. In the last few days, that view has been cemented by a couple of blog posts and news reports.

Second, Sigma is back in the news. Sigma is a group of science fiction authors who advise the Department of Homeland Security on how to protect the nation. Sigma authors include Larry Niven, Jerry Pournelle, Greg Bear, and David Brin. What kind of things do they discuss?

The 45-minute panel discussion quickly deteriorated as federal, local and state homeland security officials, and at least one congressional aid, attempted to ask questions, which were largely ignored.

Instead the writers used their time to pontificate on a variety of tangentially related topics, including their past roles advising the government, predictions in their stories that have come to pass, the demise of the paperback book market, and low-cost launch into space.

That’s not the best part, though.

Niven said a good way to help hospitals stem financial losses is to spread rumors in Spanish within the Latino community that emergency rooms are killing patients in order to harvest their organs for transplants.

â€œThe problem [of hospitals going broke] is hugely exaggerated by illegal aliens who arenâ€™t going to pay for anything anyway,â€ Niven said.

â€œDo you know how politically incorrect you are?â€ Pournelle asked.

â€œI know it may not be possible to use this solution, but it does work,â€ Niven replied.

Oh, science fiction authors, is there anything you can’t do?

The NCAA doesn’t allow news organizations to show highlights of March Madness tournament games until all of the games are over for the evening. That can really put a crimp in your sports reporting, especially if you’re in a college-basketball-crazy market like the North Carolina Triangle region, where Duke, UNC, and NC State are.

NBC17 and Penn Holderness found a way around it, though. They’re re-enacting highlights from games using dolls. For example, here’s the Duke/Belmont game from Friday night.

A week ago, Lee Roop, a Huntsville Times columnist, was arrested for possession of cocaine and driving under the influence of drugs. He also happens to be a deacon[1] at my church.

I’m not going to talk about what Lee did. Instead, I’m going to marvel at one guy’s response on the newspaper’s forum when he found out Lee was a deacon at our church.

Yeah but look at the list of other deacons. God, thru the Bible, specifically details what qualifications & characteristics a deacon should have. Here’s where all the femi-nazis are going to attack me–one of those characteristics is to be male. Don’t get me wrong…women have a crucial & vital role in church…and not that it’s unequal to men…just different types of roles. It’s already evident that the Trinity members and pastoral staff are choosing “deacons” unqualified for the job–so doesn’t surprise me that one would be a “cokehead” in some of your eyes.

This piñata is so full of stupid, it’s hard to know where to start whacking. I’ll start with the view that deaconhood is obviously a no-women-allowed club. The comment author is undoubtedly referring to Paul’s list of requirements for deacons. Without going into the full details[2] or listing Paul’s interesting view of women and marriage[3], I’ll note two things. One, in 1 Corinthians 14, Paul demands that women not speak in church. At all. Two, in 1 Corinthians 11, Paul requires that women cover their heads when praying in public. One guess as to whether or not the comment author’s church follows these requirements as well as Paul’s list of deacon requirements.

I also note that he (and you know it has to be a he even if you don’t check his username) brings in femi-nazi as an epithet. “Femi-nazi” is one of those slurs that gets thrown about by people who think women should sit down, shut up, be happy with making 77 cents on the dollar, and ideally get back to making babies.

Many churches owe their ongoing existence to the faithfulness and perseverance of women. That they continue to do so while being viewed as second-class citizens is astounding, and practically speaking unlikely to continue in the future.

And while we’re talking practicality, let’s get to the heart of the poster’s complaint, the point where his playing-card house of logic collapses: that, since our church has chosen women deacons, it’s no surprise that we chose a “cokehead”. Let’s perform a little Gedankenexperiment[4]. Think about a good acquaintance of yours — not your best friend, but someone you know decently well.

Now: has he ever used illegal drugs? Is she currently abusing illegal drugs? Has she ever cheated on someone she’s been in a relationship with? Does he enjoy autoerotic asphyxiation? Has he ever struck his wife? Does she abuse her children?

We don’t know people. Even with our best friends, we only know so much about their lives. There’s no way we know the deepest, darkest secrets of just about anyone. Oddly enough, we haven’t taken to wearing scarlet letters on our chest to tell everyone our sins.

Furthermore, the expectation that church members, even deacons, would be blameless is idiotic. Church is not where people go because they’re better than everyone else. Church is where people go, and people are messed up and broken regardless of whether they’re religious or not. Expecting otherwise is to ignore human nature, and to keep church — or any community of people, really — from being able to help others.

Of course, it doesn’t sound like helping others is what this guy’s religion is about.

[1] For those of you not steeped in the hierarchical minutia of low-church Protestant Christianity, deacons are members of the lay congregation who are called by the church. The duties vary among Baptist churches, but in ours, deacons are there mainly to minister to and help individual members and families.↵

[2] If you want to go diving into this, you can look at Acts 6, 1 Timothy 3, and the many, many commentaries on them both.↵

[4] German for “you mean I can get paid to sit around and just think about imaginary situations?”↵ 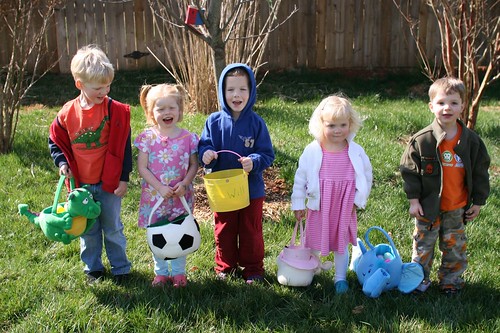