Focus on the Family, James Dobson’s conservative evangelical Christian group, is dabbling in near-future science fiction. They’ve sent out a letter from 2012, four years after Obama becomes President. They have looked into the future, and it’s gays as far as their eyes can see. Same-sex marriage, first graders forced to learn about homosexuality, churches required to marry gays, the Boy Scouts disbanding rather than let gays be Scoutmasters, and special bonuses for gays who enlist in the military. Also, just so you know, in the grim future of 2012, it’s “almost impossible to keep children from seeing pornography”.

All Focus on the Family can see is sex, Sex, SEX! Everywhere! Mostly gay sex! Why, if Obama wins, someone may kick down my front door and force Misty and me to divorce so that we can enter into gay marriage. I guess I’d better start looking for an Adam to my Steve.

The bonus on gays in the military is a nice touch. What does Focus on the Family think, is going to happen? Pink beret groups who have fabulous fighting skills and well-tailored camo? Come to think of it, that’s probably who’s going to bust into my house.

Yes, science fiction can be viewed as fantasies of political agency. I know writing near-future SF can be hard, especially if all you do is inflate your bÃªte noire to comical proportions. But really, Focus on the Family? Your effort is the kind of sweaty paranoid fantasy I’d expect to see self-published on Lulu.com and with a bad Poser-rendered cover.

Two quick notes. One, if you’re wondering, “huh?”, and don’t think you’ll actually play the game Portal that the gun is from, you can read my dissection of said game or listen to me rave about it on a podcast. Two, if you don’t care about how I made it, feel free to jump to more pictures of the gun.

Stuff I used to make it:

The vet near us updates his sign every month or so to suggest treatments, give general pet advice, or threaten you with free puppies. As of today, he has different statements on either side of that sign.

Side one: Winter is coming. Prepare your pets for the cold.

Side two: Antifreeze will kill your pets!

We were full of the busy yesterday and I managed to get photos of big chunks of it.

First thing was playing with the doll house: 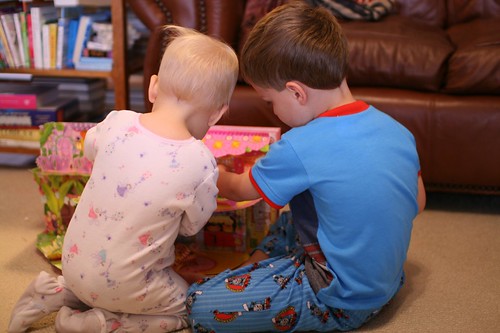 In the afternoon we were off to hang out with our friends at Hallie and Remy’s house. I made all the girls t-shirts that say “Future Huntsvegas Girl Scout Troop”. They turned out pretty cute, if I do say so myself. 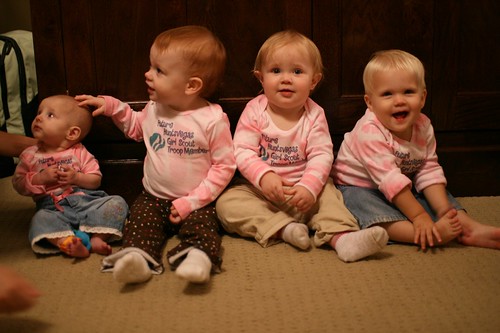 I can’t tell you how busy I’ve been here lately. Between work and home and my own projects–

Fine! I admit it! I’ve been spending all of my free time playing Jade Empire and kicking people in the face! But no worries. I can quit any time I want.

As soon as I finish that last fight in the Arena.

Will and Luke came over to visit yesterday. They brought their mom Chrissy and we played outside and very belatedly celebrated Chrissy’s birthday with hot dogs and chili for dinner. 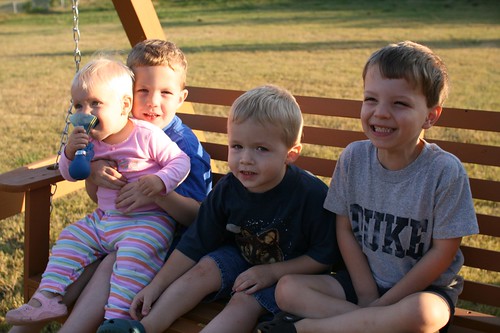 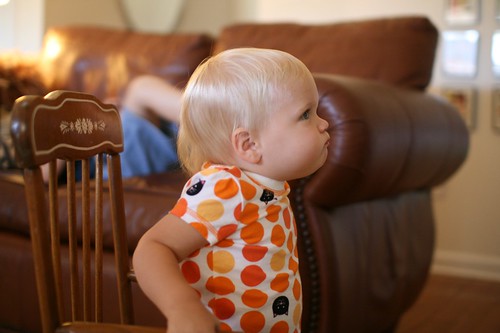 And finally, Liza and her bubble hat. 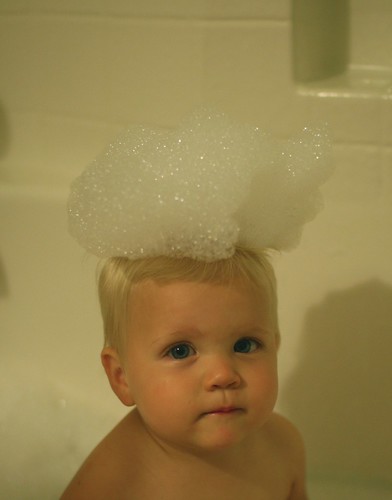 I had a friend in grad school who eventually left physics behind to become a brewmaster. He was a fan of beer, which put him in the same league as, oh, say, Wrigley Field spectators, but he backed that up with a lot of knowledge about beer. He also hated Zima, with a passion and ferocity normally reserved for your political opposition. He once stated that he wanted to invent time travel, go back in time, and kill the guy who invented Zima. When the TV show Babylon 5 featured a Zima sign in the space station’s bar, I’m sure his blood pressure skyrocketed.

Now he doesn’t have to invent time travel: a mere sixteen years after its introduction, MillerCoors is killing off the beverage. I love that they’re getting rid of it because of “challenging malternative segment sales and declining consumer interest.” Malternatives! I will have to spend the rest of the day saying “malternative” to people. There’s something about portmanteau words like that that make me feel all tingly and happy.

Now I just have to invent Martineer, the metrosexual malternative.

I’m always looking for a way to sneak some spinach in our diets. This is a great option as the spinach gets flavored by the fajita seasoning so unless you KNOW there is spinach in there you can’t taste it. The dipping sauce you can make more or less hot by adjusting the amounts of red pepper and hot sauce. This is from Southern Living from about a million years ago.

Spread 1/2-3/4 cup chicken mixture on 1 side of each tortilla, leaving a 1/2-inch border around edges.

Unwrap rollups, and cut into slices. (I usually do halves.) For neater slices, avoid overfilling the tortilla, and roll tightly. Before serving, cut the tortilla on the diagonal.

Combine all ingredients in a bowl. Cover and chill at least 3 hours.

One: Eli continues his habit of becoming distraught over all kinds of random things. He’s like a Victorian maiden who just so happens to have brought her fainting couch with her. Earlier this week, Misty wouldn’t let him get in bed with her early in the morning. This is not cruelty, it’s self-protection. When Eli says, “I want to get in bed and snuggle with you!” what he means is that he wants to get in bed and then flail around madly. He’s like a bag of ocelots that someone just hit with a stick.

I was getting ready for work, so the first I knew about it was when Eli stumbled past me, shoulders slumped, blanket dragging behind him. “What’s wrong?” I asked.

“Mom won’t let me snuggle,” he said through his tears.

I picked him up and hugged him, getting my shirt all damp. “You going to be okay?” I asked.

Two: When I pulled my new-to-me first-gen XBox apart, turned it into a media player, and put it back together, I got several XBox games to go with it. Nothing says “I am a gamer and I am into your gaming culture” quite like getting a bunch of last-gen console games and playing them. Unless it’s playing them with my good friend Jack Thompson.

Anyway, one of the games I got is Psychonauts, and if you have an XBox or PS2 and haven’t played it, it’s because you hate things that are good. I started playing it while Eli was napping, and after the first hour told Misty, “You know, if Eli sees me playing this, he’s going to want to play it, too.”

Wouldn’t you know it, he saw me playing it. Now it is in the rotation along with Super Paper Mario and Lego Indiana Jones. The other day I heard him making up a story involving Peach, Mario, and Bowser collecting Psychonautsish luggage tags and pairing them with mental baggage. What can I say? He’s a wee little fanfic generator. Just wait until he discovers Torchwood.

Three: Yesterday morning, Eli came bopping into our bathroom while Misty and I were getting ready. He picked up three of Misty’s lipstick tubes and asked, “Which one can I put on?”

Misty calmly looked at them and popped one open. “Here,” she said. “Don’t twist it out any more.” I watched as Eli calmly painted his lips. He looked a little like a toddler Joker by the time he was done.

“Here you go,” he said, handing the lipstick back to Misty. He grabbed some toilet paper, wiped all of the lipstick off, and went back for a second tube. I was surprised to hear Misty say, “Oh, not that one. You tried that one yesterday.”

He’s awfully young to be getting into lipstick. I at least waited until I was 18 before I started with the makeup. But Eli is awfully precocious, and I suppose it’s true that children are growing up faster than ever these days. I can’t help but think, though, that with his lipstick and his singing and dancing he reminds me of someone.